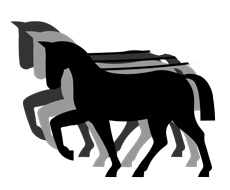 Adding antennas is usually the cheapest choice in 2018. Nearly every telco is going to four (4x4 MIMO.) Adding spectrum is very attractive when you have some unused but expensive if you have to buy it. Adding cells was the approach before LTE-A in 2014 permitted aggregation. Since then, tower building has almost stopped in the developed world. Any upgrade should include 256 QAM, more bits per Hz.

Antennas: True in Thailand and AT&T in the U.S. are rapidly upgrading the entire network to four antennas. 5G Massive MIMO - 64 or 128 antennas - is used by China Mobile. Verizon, Globe, and soon many more where there is a need. On average, a three-time improvement. Results vary enormously with the terrain. Bharti and Jio are moving fast because India is one of the few with a real spectrum crunch.) See MassiveMIMO.rocks.

Spectrum: AT&T and Verizon had 60 MHz of unused spectrum, enough to more than double the network. This was largely useable until ~2014m when carrier aggregation made it possible to combine disparate bands, such as 700 and 2300. Deutsche Telekom and most of the Europeans had been hoarding some spectrum for CA. From 20 MHz (single carrier,) most are going to 60-80 MHz (three or four carriers.) AT&T and SK in Korea have already projected using five carriers when that becomes possible. 5G millimeter wave offers 100's of MHz, attractive but expensive. 3.5 GHz is now becoming available and LAA allows grabbing some more at 4.9 GHz.

Cells: Towers are so expensive few are being added except where there is no coverage today. Less than 3% of the developed world is not covered already. Small cells remain relatively few but are natural in dense areas. Sprint is using them heavily in San Francisco and AT&T in New York. It's cheaper to add antennas or spectrum rather than towers or even small cells in most places.

Small cells will be widely used where telcos believe in 5G mmWave. mmWave has limited reach so it requires a massive build. Verizon has ~50,000 towers for 98% coverage. mmWave across the country will require about one million. The high cost means mmWave will be extremely limited in most countries for 5-10 years from 2017. Most telcos can't find enough customers to fill their networks so are reluctant to invest. Few believe there will be enough demand for low latency or gigabit speeds to justify spending so much. It may be a decade or more until that changes.

From 2014, most telcos reaped a bonanza and suddenly had surplus spectrum. Carrier aggregation." meant AT&T's spectrum at 2300 could be put to use, "aggregated" with their 700 or 1800. LTE began with a single "carrier," usually 20 MHz. When aggregation became practical, those needing capacity easily put a second carrier into use, doubling capacity. By 2016=2017, many used three or four carriers, with a near linear capacity increase. AT&T and the Koreans have announced five carrier for 2018, with many others likely. That was a very cheap upgrade because no new spectrum had to be purchased.  Capex at carriers lke Verizon actually went down. Verizon skipped the 2016 auction because they Probably the cheapest upgrade is putting to use spectrum already owned. The spectrum crisis was wildly exaggerated. ~2014, almost all carriers suddenly had plenty of unused spectrum. AT&T as late as 2017, has 60 MHz of unused spectrum, enough to double capacity.