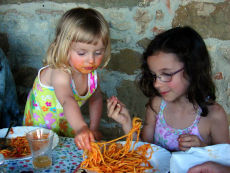 Milo Medin, one of the most respected communications engineers, co-authored what should become the basis for all discussion of spectrum allocations. Most thoughtful engineers realized a few years ago that shared spectrum usually delivers far more capacity because more users will usually mean more radios. While today's phones are not "software-defined" or completely "frequency agile," many support dozens of bands and the networks can almost always find less congested bands.

The most important recommendation is

"DoD should recommend that the NTIA, FCC and Department of State should advocate the reallocation of the C-band satellite spectrum to IMT-2000 5G use at the World Radio Conference later this year (WRC-19), and take measures to adopt sharing in all 500 MHz of the band in the United States on an accelerated basis for fixed operations."

Almost all independent engineers conclude sharing is now the way to go. Columbia Professor & former FCC Chief Technologist Henning Schulzrinne in 2017 projected "All New Spectrum Likely To Be Shared." OFCOM and some EU experts have said the same thing to me. More sharing is implied in the important White House PCAST report.

In "The 5G Ecosystem: Risks & Opportunities for DoD Defense Innovation Board," coauthors Milo Medin and Gilman Louie state plainly "The United States must invest in sub-6 capabilities and take steps to share its spectrum." The Medin and Gilman report concentrates on 500 MHz of spectrum currently allocated to defence but also addresses the 3.2-4.2 band.

This is almost politically impossible because Verizon and AT&T people are already fighting hard, but it's the right thing to do. It would end the satellite monopoly, which they were given at no charge and do not need. The sat guys want US$10 billion or more to give up spectrum they aren't using. It's unusual to U.S. licenses not to renew but the terms in the agreements I've read do not make it impossible.

CTIA, which speaks for Verizon and AT&T in D.C., according to a news report, argues that monopoly spectrum should continue because that's how it was done in the past. The technology has changed; I'll hold back further comment until I get the complete statement.from them.

Milo and Gilman are very skeptical of the utility of mmWave. That opinion is shared by Neville Ray of T-Mobile but opposed by others. Millimetre wave performance is the most crucial open question in 5G.