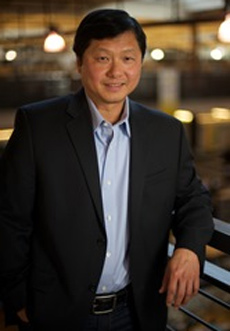 AT&T and Verizon refuse to release actual 5G coverage, implicit confirmation that the deployment, unlike the pr, in very modest.* Don't believe the hype.

The 4G is live, with something like a 4X capacity increase due to the 128 antennas. The 5G is also tested and will be turned on in a few weeks when the vendors deliver final production software.

Customers in a good location should enjoy 150-450 megabits down.

That's the early tested speeds in Korea and DT Warsaw.

Sprint has 20,000 small cells deployed on the Altice cable system. When turned on, they will add millions more to the coverage. Antennas for 2500 are larger than for mmWave. Until we know how many antennas fit on a pylon, we won't know the performance.

China Mobile and Sprint have 100 MHz+ at 2500, some of the best spectrum for 5G today. mmWave has perhaps 3X the capacity but has short reach and a problem with walls/windows. Most other 5G builds are in 3500-4200, with shorter reach than 2500.

T-Mobile CTO Neville Ray's testimony at the FCC claimed that at mid-band frequencies 5G in theory offers 40-52% more capacity than 4G with similar spectrum and antennas. That may or may not prove true on the Samsung gear used here; Samsung is hiding the actual performance of equipment like that used here.

Saw (and Ray) are probably smart to hold back a few months. Initial reports from Nikkei show reliability problems with similar Sprint gear and Verizon is having severe dropouts in Chicago.

Verizon and the Koreans scream "First!" but their networks don't work very well yet.

"I don't think anything from AT&T or Verizon will be material until the time frames we're putting out, [second half 2019]" Neville RayT-Mobile CTO

Sprint hasn't released the slides but Sascha Sagan at PC Mag has screenshots. Sagan has been doing the best reporting on the U.S. 4G & 5G builds, including a crucial test of T-Mobile live at 500 Mbps here in Manhattan with 4G LTE/LAA. 85+% of the 5G worldwide will be slower than that. The 5G Emperors may not be completely naked, but Dean Bubley suggests they are wearing very small thongs.

From the slide, it appears Sprint has covered about half of Manhattan and key areas of many other cities.