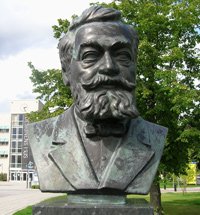 Svenska Dagbladet report not denied. Every large telco vendor outside of China has been suffering for several years, although Ericsson maintained an illusion until recently. Ericsson and Nokia remain remarkable companies with world-class engineers, but it's a tough business. An Ericsson exec in India estimates the world market is going down currently at ~5%/year.

Official details are limited. Ericsson claims the cuts "do not include R&D." Neither Ericsson nor Nokia can cut research. They face Huawei, with an R&D budget larger than the combined spending of Ericsson, Nokia, and whomever you place third. All three have great products, but Huawei's greater research budget is allowing them to outflank others with a wider product line.

The service division is the largest target. It's probably been losing money for several years but that's been buried in the financials. The video division, built up by spending billions, is on the block. That includes what once was Microsoft's IPTV.

The keystone customer, AT&T, is rapidly moving from Ericsson's IPTV to their DirecTV platform. The overall video market is losing ground to Netflix and YouTube, so there's no growth.

Telcos worldwide are cutting back as the basic 4G build is mostly over. 5G is exciting but volume deployments are 3-7 years away, depending on the market. Even when 5G ramps,. it's not clear that will be enough to revive the industry. Seizo Onoe of NTT DOCOMO and Lowell McAdam of Verizon forecast capital budgets will remain flat as 5G equipment comes in less expensive than early estimates. An insider speculated that 5G small cells will be, "Way below $5,000" each. Early Verizon testing is getting twice the expected reach, reducing the number of cells needed.

Wish it weren't so.

Ericsson has previously communicated that a key component in the company's focused business strategy is to reduce costs and increase efficiency. In connection with the Q2 report 2017, Ericsson communicated that the company, in light of the current market outlook, will accelerate the planned actions to ensure that the target of doubling the 2016 operating margin beyond 2018 can be met. Actions will be taken primarily in service delivery and common costs, but do not include R&D. The plan is to implement cost savings with an annual run rate effect of at least SEK 10 b. by mid-2018, of which approximately half will be related to common costs.

Ericsson has not communicated which specific units or countries that could be affected. It is too early to talk about specific measures or exclude any country. As Ericsson executes on these plans to save costs, the company will communicate this, and to what extent employees could be affected.