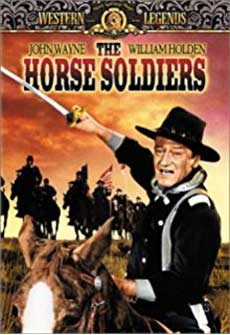 Xavi is riding to the rescue after Free lost 19,000 broadband subscribers in Q1, an almost inconceivable result after 16 years of success. He's bringing back some of the original team, including legendary engineer Rani Assaf. They have work to do: opening Italy & Ireland, transitioning from 4G to ?, and dealing with invigorated competitors. Even Bouygues seems to be coming back.

Orange/France Telecom now has a better network and is promoting aggressively. FT offers fiber to 9.6M homes, Free only to 6.8M.  FT has 97% 4G coverage, Free only 88%. The stock price has seriously fallen while Xavi invested in 400 startups, built the school 42, and created Station F, the world's largest startup incubator.

One of the first things Niel intends to do is to rev up the fiber build. He expects to add 2M servable homes by the end of this year and enable 20M - 80% of the country - by 2022. The business strategy will be to sell hard in the fiber areas, looking to add 500,000 or more each year.

While the companies have separate builds in the major cities, they share the deployments in other areas. In the more rural areas, government either takes a direct role or provides a subsidy. Free has negotiated deals with Axione & Orange, with others on the way.

Free became the most successful new carrier in the Western World early this century by offering extraordinary value - the 30 Euro triple play. Xavi disdained marketing - he gave the customers much more at an extraordinary price and found millions of customers.

He could do that because Free was probably the most efficient network in the world. He went all IP in 2002 and proved that the simpler network cost less to run. No one offered IP DSLAMs so they designed their own. No home gateways were designed for a rich video triple-play, so they created the Freebox. They did software defined networking before anyone even coined the phrase.

They were years ahead. Companies like Verizon and Deutsche Telekom are still saddled with legacy systems 15 years later. Orange bled for years, but now they've learned their lesson. There's a new Freebox about to deploy, but the competition is much closer today.

Free in turn is learning from Orange. They are going to feature sales and special offers; loyalty programs; and fight hard to retain customers.

Henry Ford's Model T was a great car for the day at an unprecedented price. Especially if you wanted black. But a decade later, Alfred Sloan and Charlie Kettering at General Motors  became fierce competitors. Kettering was an engineering genius who made a fine product. Sloan was one of history's best marketing men.

Ford came back and so will Free.

A new organization to deploy a new commercial approach

The accounting standard IFRS 15 on "Revenue from contracts with customers" is applicable since 1 January 2018. Iliad and communicate sales activities in Q1 2018 under this new standard.

DEPLOYMENT OF A NEW APPROACH TO TRADE

The results for the 1st quarter was below expectations, both in terms of recruitment and in terms of business, the Group is developing its business approach to revitalize the Group's growth and accelerate the deployment to the Most Top fixed and mobile broadband in the next few quarters.

This new approach is based on:

** 32.40 euros by including adjustments related to the new accounting standard IFRS 15

The following table shows the revenue distribution of revenues by type Group March 31, 2018 and March 31, 2017, with and without the impact of IFRS 15:

In a highly promotional market, the Group recorded a 1.6% decline in its fixed revenue compared to Q1 2017. It is 672 s one milli euros at 31 March 2018. The main developments during the quarter were as follows :

During the 1st quarter 2018, the Group strengthened its positioning solid challenger to the incumbent on the FTTH, continuing accelerating the transition of ADSL to FTTH with :

T Mobile revenue grew by 3.9% (and more than 7% of service revenues Mobile out incoming SMS and voice), to 531 milli it s euros. The main developments during the quarter were as follows:

OBJECTIVES OF THE GROUP