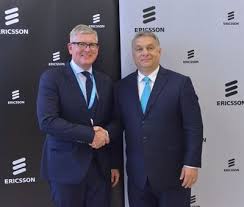 The NY Times reported TIA, the DC association that speaks for Ericsson, Nokia, and others, opposed the TRIPS waiver that would allow poorer countries to make mRNA and other Covid vaccines. The right thing to do was clear to most of us, if only to protect people in rich countries from a rapidly mutating RNA virus. Trade rules allow governments to override patents in an emergency. If Covid isn't an emergency, I can't imagine what would be. Public Citizen explained

More than 100 nations led by South Africa are proposing a temporary, emergency waiver of these WTO Trade-Related Aspects of Intellectual Property (TRIPS) rules, so governments and manufacturers worldwide can ramp up production of the vaccines, treatments and tests necessary to end the pandemic.

CEO David Stehlin and the Telecommunications Industry Association signed on to a drug company letter opposing the TRIPS waiver to Biden while he was considering the US position on TRIPS. I'm sure Stehlin would never take such a position over the objection of his Board Members.

Barbara Baffer & Maria Eriksson of Ericsson are on the board. So are Deepti Arora & Brian Hendricks of Nokia, as well as Jeff Campbell of Cisco.

Any of them could have stopped TIA from signing the Biden TRIPS letter, A DC trade association like TIA would never take an action like that if opposed by the board members who pay the bills.

I made a point of asking Nokia & Ericsson to get back to me if any of their board representatives objected to the TIA action. They didn't.

Hiding behind a trade association is now the standard way for many companies to avoid taking responsibility for their decisions. Verizon and AT&T often use Meredith Baker of CTIA to deflect criticism. DC knows which companies back TIA.

If Ericsson and Nokia do not want to be counted as opposing TRIPS, I'd expect them to publicly resign from the Board or insist on a change in management. Stehlin is paid half a million a year to be their beard, but I believe lost his usefulness.

I've reached out to TIA four times, including directly to the CEO, but haven't received any comment from them. I offered to print it verbatim.
Picture is Ekholm and good friend "populist" Viktor Orban of Hungary.