80% of American homes can receive a gigabit downstream from the cable company. Comcast announced they can reach 58 million locations with gigabit DOCSIS, almost their entire network. Charter, with almost as large a network, and #3, Cox, are also nearly all gigabit enabled. Customers are responding to the speed: in Q2, U.S. cable added about 585,000 subscribers while telcos lost about 130,000.

Similarly, Rogers in Canada offers a gigabit to all 4 million customers. They just reported their best quarter in years.

Cable wireless in the U.S. will be "humongous," a guy building the networks tells me. With fiber and power very close to most Americans, they will put small cells - 4G & 5G - almost everywhere. To match the Verizon & AT&T 5G nominal latency, DOCSIS latency needs to be < 10 ms. John Chapman at Cisco and Jennifer Andreoli-Fang at CableLabs have demonstrated a solution, DOCSIS pipelining. (Test pictured.)

Chapman tells me Full Duplex upstream is ready to come out of the labs. He expects wide deployments to begin in 2020. Speeds could reach a gigabit. Comcast and Charter are readying their networks.

Stanton "We have seen component shortages throughout the year" 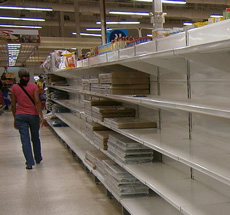 "As economies pick up, so does demand. The effect on us is slightly longer lead time. Nothing is materially different now than six months ago." Reporting on shortages is tricky. When rumors begin about shortages, people over order for protection. That just makes things worse, and news stories on the subject can scare people into building more inventory. Often, that's overdone and the product market crashes a few quarters later.

Adtran made a Q3 profit of US$8 million after three quarters of disappointing sales and net losses. Sales were up 10% although still down from a year ago. It is shipping G.fast Version 2/Amendment 3 to Australia's nbn. AT&T, whose Tom Starr was a driving force behind G.fast, is only "sluggish." T has upped their fiber home to 5 million passed this year while slowing down on 5G mmWave.

Adtran and Huawei are cutting the price of 10G to little more than GPON to win sales. See GPON is Dead! Long live 10G. From Poland to Hong Kong, the low price of 10G is inspiring the switch.

Swisscom tells me they are getting similar G.fast units from Huawei and deploying across the country. G.fast speeds on short loops are going up from 500 megabits to over a gigabit.

GPON is Dead! Long live 10G. From Poland to Hong Kong, the low price of 10G is inspiring the switch

For just $5 or $10 more, it's a no-brainer to go 10G and let GPON fade away. A world class telco tells me they will switch in 2019. Xavier Niel's Salt tells me customers love the 10G. Poland's Inea is ready to serve 30,000 homes. (below) Jeremy Chelot's Community fibre has reached almost as many in London and has raised 40 million £. Hong Kong Broadband is well ahead. Frontier in the U.S. is upgrading some of the Verizon BPON lines they bought.

AT&T has supported an Open Source 10G ONT and done extensive trials. If they deploy, that could be five million lines/year. Adtran is making a big push to displace Nokia. (pr below) Back in August, they told me 10G was a no-brainer. They now are proclaiming that to the world at BBWF. Huawei has confirmed to me how close the prices are to volume buyers. Nokia is staying mum, as they do so often these days.

Tom Rutledge, the CEO of Charter, has 25 million cable customers, nearly all of whom can get a gigabit. Comcast has 30 million. That's why AT&T is building gigabit fibre at the fastest pace in the western world; cable is killing them in the old DSL areas. Rutledge is telling Wall Street he's not worried about telco gigabits. "Fibre is going to 10 gigabit upstream and down." Soon. 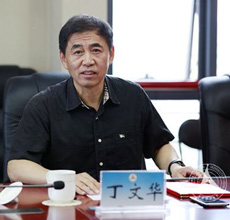 Ding Wenhua tells me China will distribute the coming generation of TV, UHD, at 36 megabits. Bell Canada intends to use 24 megabits and I believe most in the U.S. 15-25 megabits. The comparison with America is mine. Ding merely provided his specification; I drew the conclusion.

The actual difference in the picture will be modest; most networks are sacrificing a little quality to save money. You'd have to look closely at an excellent TV to see the effect. It remains an impressive achievement.

China can support the higher data rate because of the extraordinary broadband network they have built in the last six years. 344 million homes have been connected directly to fiber, most capable of a gigabit. China Mobile continues to add four million more fiber home connections each month. That rate must slow soon: there are only 455 million homes.

Not long ago, many of those homes were effectively limited to speeds under 50 megabits by insufficient backhaul capacity. The situation has improved dramatically in the last year or two. A friend in Shenzhen tells me 500 megabit service is common in her city.

Tim Cook claims Apple's "A12 Bionic is the smartest, most powerful chip in a smartphone." He's probably mistaken because Huawei's Kirin 980 will probably beat it by some measures and do about as well as Apple in many others. Both are great chips, produced on the same TSMC assembly line. Hundreds or more likely thousands of first-rate engineers worked for years on both. Neither is significantly superior; Qualcomm, Samsung, and Intel also will soon have chips.

Similar rankings are true across telecom. Huawei spends US$15 billion each year on research and now has the broadest product line. At the Geneva UBBF, Swisscom told me the new G.fast (Amendment 3) is shipping and will deploy across the country. 10 GPON costs have come down so much that Xavier Niel's Salt Switzerland is selling 10G for the same price as GPON. I stopped by the Salt store and they told me customers love the 10G. If that's not enough, Huawei demonstrated 50G PON.

50G Ethernet looks to be the primary backhaul in China and was display. Verizon is strong on NG-PON2 but most western companies are content with 10G. The boards featured state of the art HiSilicon network processors and some of Huawei's own optical units.

Xavi's Intel strategy: Fiber to the home to 80+% of Ireland, France

Intel under Gordon Moore and Andy Grove stayed ahead of the competition by always investing, even in the periodic slumps. It worked very well: except for the Japanese memory chip onslaught, no one caught Intel for 25 years. (No longer true.) Xavier Niel had a down first quarter this year, the first since 2002, and only a modest recovery in Q2.  His response: FTTH built ASAP, in order to pull ahead of the competition.

Most dramatically, he is offering 10 gigabits for a 1 gig price at Salt in Switzerland. He just added 1.4M passings to his plan for Eir, the former Irish incumbent he recently bought. That will take Eir to ~1.7M, more than the country has households. Even including businesses, that easily over 90%.(Below)  In France, he is at 8M, going to 20M in 2022. Meanwhile, in Italy he has signed up 1.5M mobile customers in just a few months.

Most of that growth is being financed internally, with low debt levels.

700,000 unserved rural homes will now be connected. The cost, $1.488B, just over $2,000/home, startled me. Rural builds are expensive; I was involved in one in Vermont that came in over $4,000 home. $2,000 is half or less of the costs in the CAF program for the big telcos or New York State's separate program. The government saved $billions.

Nearly all will have speeds of 25 megabits or more. Half will receive 100 megabits. Some will get gigabit fiber. About 1/4th will receive Internet from a Viasat satellite, which keeps getting better. Bids were rated by the speeds offered, with a preference for higher speeds. Favoring faster service in the bidding process paid off. 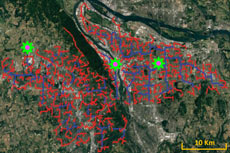