Verizon CEO Hans Vestberg is generally a straight shooter, so I was surprised by his comment

Almost everyone expects 5G to use more energy. It takes enormous calculating power to keep up with the speeds and complex calculations. The phone may need 10X the number of transistors as basic LTE. The base station energy demand is not as extreme. MIMO and Massive MIMO do not require major increases in power. But many network builders are warning about the expense of energy. In November, Iain Morris reports,

Guiqing Liu, the executive vice president of China Telecom, grumbled during a keynote presentation about the high power consumption of 5G basestations. His complaints were echoed and amplified by Orange's Arnaud Vamparys, a senior vice president of radio networks with the French incumbent.

‘Guiding Opinions of the Ministry of Industry and Information Technology on Accelerating the Development of Virtual Reality Industry’, provides guidance for the development of virtual reality technology in the country. Standards will be developed and supported.

The goal is "By 2025, China’s virtual reality industry as a whole has entered the forefront of the world, mastering key core patents and standards, and forming a virtual reality backbone enterprise with strong international competitiveness." In Europe, the telcos are pleading for support from other industries like entertainment. The German automakers are pleading for the telcos to build networks ready for connected cars. The Chinese government has the power to make things happen. (Which, of course, also has a downside.)

Separately, I'm reporting Minister Miao Wei has instructed the telcos to bring 90% of China within 25 ms of the cloud.

In Google translation, here is the 8 step program 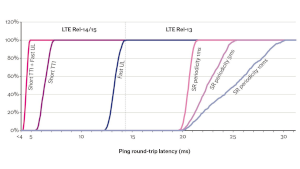 (Editor's note: Those measures are from the base station to the receiver. To reflect the real user experience, you must add the latency from the base station back to the relevant server. That's 20-50 milliseconds or much more. In the future, edge clouds will often reduce the combined latency to 20-30 ms total.)

Many politicians and salesmen still think 5G latency is much better than 4G latency. As the new equipment reaches the field, people will discover the difference in latency is only a few

Neville Ray's central justification for the merger is that in 5G  "mid-band spectrum will achieve a 52 percent improvement" over 4G. That is not an appropriate figure today.

One reason for the improvement was that 5G allows 100 MHz bands compared to the 20 MHz bands of 4G. Sprint and China Mobile both have blocks of over 100 MHz at 2.6 GHz. The new 4G SuperBAND from Huawei effectively coordinates 100 Mhz of spectrum for a similar result. T-Mobile's vendors, Nokia and Ericsson, should soon be able to do similar.

Ray in a footnote points out he doesn't know whether his claim is accurate. "The spectral efficiency improvements are derived from equipment vendor simulations, internal T-Mobile analysis, and ITU requirements." Those equipment vendors are trying to sell him 5G equipment and have the incentive to make inflated claims. They are not a reliable source. It's easy to imagine testing that produces a preferred result.

There was no test data available when Ray (a first-rate engineer) wrote in June 2018. Fortunately, several vendors can now provide the equipment to provide more accurate figures. I have data from T-Mobile's parent company, Deutsche Telekom, that 5G speeds in 100 MHz of mid-band spectrum are 350-850 megabits. That's slower than the 4G starting to be deployed.

SuperBAND 4G performance undermines the primary engineering argument for the deal. The early results from 5G suggest the actual testing of 5G will show less benefit than the T-Mobile claim.

Huawei employees are among the hardest working in telecom, with a dedication rare in the West except at inspirational startups. Guo Ping now asks them to work harder. "We will encounter even greater difficulties." Ren has weathered far worse.

Guo Ping has just delivered a message intended to inspire the people at Huawei. It's far more intense than annual messages in the West and gives you a sense of the spirit,

Fire is the Test of Gold

Marcus Tullius Cicero, a Roman philosopher, once said, "The greater the difficulty, the greater the glory." Truer words were never spoken as we bring 2018 to a solid close. It has been an eventful year, to say the least. But we have never stopped pushing forward, and as a result our 2018 sales revenue is expected to reach 108.5 billion US dollars, up 21% year-on-year. 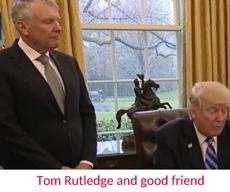 Charter CEO Tom Rutledge was paid US$98 million in 2016. For that kind of money, most of us would lie, cheat, or steal. Charter has just agreed a fine of US$170 million for consumer fraud. Working pro bono, Columbia Professor Tim Wu made crucial contributions to the case. The court decisions made clear telcos and ISPs must obey ordinary laws on fraud and false advertising. The national FCC does not pre-empt consumer law.

Marcelo Claure of Sprint is on track to make $61 million from Sprint. They have just been fined $330M for cheating New York State on taxes. The FCC is investigating Verizon and T-Mobile for false claims on coverage, which affect US$billions of subsidies.

Charter/Time Warner ripped off New York consumers for hundreds of millions, as I reported last February. 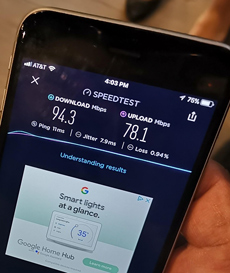 MIMO antennas extend the easily usable frequencies well beyond the 4.9 GHz band. The FCC took the first step with a Notice of Proposed Rulemaking. Claus Hetting of Wi-Fi Now kindly allowed me to reprint his report.

The FCC wants to introduce four new unlicensed subbands aptly named U-NII-5 to U-NII-8. In the case of U-NII-5 and U-NII-7 (a total of 800 MHz) a new scheme called AFC (‘Automated Frequency Control’) will protect some incumbent 6 GHz users (mostly point-to-point microwave links) from harmful interference, the FCC says. In these two subbands the FCC wants to allow the operation of ‘standard-power access points’ equivalent to current rules for U-NII-1 and U-NII-3 subbands.