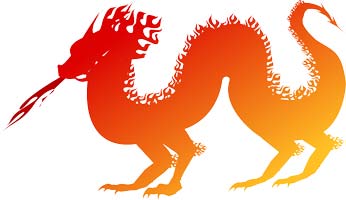 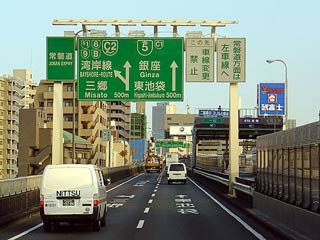 30 MPH traffic would require a prohibitive number of small cells for carriers to do it themselves. Wi-Fi First is not a complete substitute for LTE towers. There will always be spots not covered because small cells, especially in higher frequencies, have very short range. Below, the CEO of American Tower puts forth his opinion why highways and moving vehicles are particularly difficult to cover. James Taiclet via Seeking Alpha.

Taicet. The handoff requirement from places where our towers serve people, which are often around highways and other transportation corridors, suburban or rural, you've got people traveling 30 miles an hour to 60 miles an hour. You can't really have sufficient handoff capability over a very large stretch of multi-mile roadway to economically provide those handoffs.

Taicet, thinking of carrier small cells, went on to say the economics become dubious with densities of less than 10,000 people per square mile. Wi-Fi First changes that, of course. 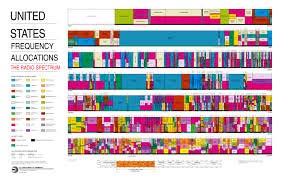 Could the "2019" World Radio Conference be pulled up to 2017 to get product to market sooner?
Decker Anstrom will lead the U.S. Delegation to the 2015 World Radio Conference in November, a major event that sets international spectrum rules. He told an open meeting of the State Department ITAC that the meeting after that might be advanced from 2019 to 2018 for scheduling reasons. I spoke up with a suggestion that it be moved to 2017 if possible. Otherwise the standards process will delay the deployment of a potentially important technology, 5G in high GHz millimeter bands.

Engineers I respect are convinced gear could be ready by 2017. However, if the spectrum decisions aren't made until 2019, that gear won't get to the field before 2022-2023.

Dan Warren of GSMA, who works closely with almost all the major telcos, believes regulation delays will be a major factor. "We need a spectrum allocation from the ITU World Radio Conference, likely 2019. The standard will take a year or two after that. Then it will probably be a year or two more for gear to get into the field in volume."

Gig for $25/month in Bakersfield, CA

A $40/month discount is a modest marketing concession on apartments that rent for $1100-$1400. Bakersfield is 120 miles and 3 hours by train north of Los Angeles. It's a desert town dependent on imported water and probably a hard place to sell apartments in a drought.

Randall Stephenson literally 10 years ago told the street that AT&T was already installing fiber in all new developments. After all, glass is cheaper than metal. It was the right thing to do even back then but in practice AT&T was doing nothing of the sort. Carriers without high speeds are just leaving themselves open for folks like this to jump in.

George Soros has put £50m behind Hyperoptic, an English company doing the same. 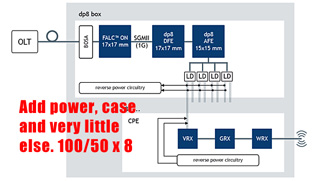 50-100 megabits so cheap it can go everywhere. Lantiq's new VINAX dp8 is designed to lower the price of an 8 port DSLAM to $20/connection. Include the hookup cost and it's only about what the customer pays in a single month. Lantiq says similar units today cost more than twice that. The nominal speeds in the lab are 200 down, 100 up; 50+ megabits down, 25+ up will often be practical for 500 meters. In small buildings, performance will be much better, often 100/50. While larger buildings can be served with multiple cheap units, the interference in the binder becomes a crucial factor. With vectoring, the rate reach would often double, but that's a more expensive and complicated system.

The unit is based on their existing 8/16 port VDSL chips, controlled by an inexpensive network processor Lantiq originally designed for their GPON system on chip. Eliminating the high-performance network processor simplifies design, further reducing cost.

High Frequency wireless (millimeter wave) can deliver speeds well into the gigabits. At millimeter wavelengths you can aggregate hundreds o 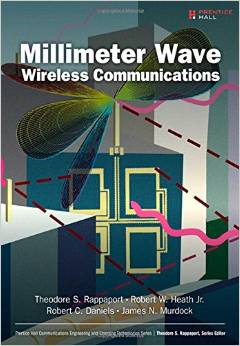 f MHz of spectrum compared to the 20 MHz typical of today's wireless networks. High frequency antennas are very small, so it's practical to put 50 of them on a chip for massive MIMO.

Rappaport, Heath and colleagues are world leaders in research in millimeter wave high frequencies and MIMO. Rappaport's NYU Wireless Center has been sending teams out to get empirical data on frequencies like 28 GHz. They are testing in two of the toughest locations for a wireless network: Manhattan and Downtown Brooklyn. Heath at the University of Texas built one of the first MU MIMO testbeds.

With literally $billions going into 5G wireless research you need the latest information and best sources. 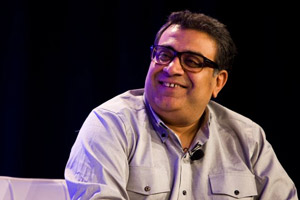