"Even on a cost avoidance basis, the AWS3 bids could reflect economic values," a reliable source emailed me. More spectrum makes it cheaper to add wireless capacity, especially now that LTE-A aggregation is widely available. I ran some numbers and to my surprise even $45B is plausible - if not exactly cheap!

AT&T certainly didn't intend to pay $15-20B for about 40% of the 50 MHz available. John Stankey put $10B on the table for the auctions. That seemed like enough to scare off smaller bidders.  Someone wasn't scared, probably Charlie Ergen, and pushed the bidding up.

Telcos need to keep up with traffic increasing at 30-70% per year. They can increase capacity with more cell sites, more antennas, and network efficiencies instead of spectrum. They calculate how much less they could spend on capex if they had additional spectrum available. They calculate cost avoidance numbers from that and develop a maximum bid range. Then they hire nobel-calibre game theorists and auction economists to ensure they spend much less.

The savings in capex just might justify the high prices. AT&T has just cut capital spending by $4B, the largest decline in the last decade anywhere in the world. Just a quarter of that, $1B, would support over $30B in spending on spectrum, at 2.8% effective interest rate.

Capex flat, not rising, across Europe

EU investment "incentives" already failing. The latest Dell'Oro projection is that capex in Europe will be flat in 2015 despite a strong turn in EU policy in favor of the telcos. Julie Learmond-Criqui of Dell'oro emailed me  In 2015, we expect Capex in Europe will be flat." That's consistent with what the larger carriers are telling investors about their plans for the next several years.

I've found that the three most important factors in the level of capex are competition, new technology and direct return on investment. Policy changes rarely make much of a difference unless far more forceful than what most Western regulators would consider. The exception are policy changes that create or protect competition.

Possibly using spies and black bag jobs. Update: Further Snowden documents confirmed NSA used spies in Germany & Korea. The undoubtedly excellent engineers at Deutsche Telekom couldn't find how the NSA was tapping them. "Reporters for Der Spiegel, working in collaboration with The Intercept, contacted Deutsche Telekom and NetCologne several weeks ago in order to give them an opportunity to look into the alleged security breaches themselves. The security departments of both firms say they launched intensive investigations, but failed to find any suspicious equipment or data streams leaving the network." Those NSA guys have to be really good to fool the Germans.

We all "knew" that surveillance was everywhere, but continuing revelations from Laura Poitras & Edward Snowden remain startling. The latest report suggests heavy use of undercover agents and physical intrusion. That's what spies do, after all. England's GCHQ is deeply involved, along with the Aussies and the Canadians. 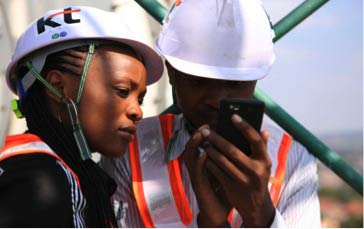 Steve Perlman's pCell claims require a reality distortion field. Update: 2 professors confirm below.  Second Update. Met with Perlman and engineers. He has real engineers who did a slick trick using iPhones as LTE receivers. They may also have some neat tricks in MU MIMO and SON. Not close to their claims and most not new. Update 3: They don't give details about the software inside their server. It could be seriously interesting as improvements on how cells work together. Or it could be not.  More to come.  Original: Nick Wingfield in the Times believed a demo that could be reproduced on a cheap home WiFi router demonstrates a wireless breakthrough nyti.ms/1cZx3rS.  The Times showed 8 iPhones simultaneously playing HD video. Reporter Nick Wingfield wrote, "that would ordinarily bring a cellular network to its knees." Netflix streams at 5.5 mbps or less, so 8 streams is less than the 50 megabits even a modest cell site delivers, with 100-150 megabits becoming the standard rapidly. Within the space of a loft, speeds would be much higher. A 300 megabit router at Fry's this week costs $44.95 http://http://bit.ly/1ghadhU; Fry's is selling a gigabit router for $129.95 http://bit.ly/O9rWQM. Ericsson has demo'd 800 megabit LTE in a van driving around Stockholm. 48 megabits or even 400 megabits in a small space is not an advance.