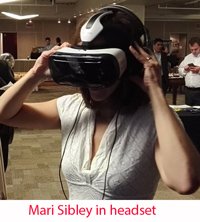 All 6M Cox customers should have a gig available by the end of 2019.  Correction: I had reported that Cox had intended to offer a gig to all in 2016. I believed that was a commitment to a consumer priced DOCSIS 3.1 service. I was wrong. Cox did have a near-universal gigabit offering, but it was a business priced dedicated fiber, ($thousands, I believe.)

Todd Smith of Cox writes, "DOCSIS 3.1 is live now with employees and we will begin deploying to customers in some markets later this year. 40 percent of the households we serve nationwide will have access to Gigabit speeds by the end of 2017."

Cox Vice President Philip Nutsugah tells Mari Sibley, "The company plans to reach the rest of its customers (or at least 99% of them) with gigabit broadband by the end of 2019."

50M home giant Comcast expects, "DOCSIS 3.1 across the majority of its footprint by year-end."

Comcast confirmed to me they expect the entire network gigified by the end of 2018. 55% of Comcast customers take 100 megabits or higher, which has become their primary offering.

There are a million gigified at Suddenlink, fiber home about to begin at Altice/Cablevision, and scattered upgrades at smaller carrier. A majority of cable homes will soon be offered the gigabit.

Charter/Spectrum/Time Warner is the only uncommitted major. They apparently feel 300 down, 20 is sufficient for many years.

While I thought the end 2019 represented a delay, I presented several now irrelevant possible explanations. One was that Cox might be slowing down because they are seriously entertaining the rumored takeover bid from Charter/Spectrum. Claire Atkinson, who consistently proves accurate, reports, "Tom Rutledge is eyeing family-owned Cox despite the fact that the latter has repeatedly rejected overtures from larger rivals."

Smith strongly denies Cox might be sold, but the numbers are intriguing. Based on the $18B Altice overpaid for Cablevision or the $23B current market cap after the IPO, offers for Cox should be around $35-40B. That is far more than than previous offers.

Antitrust approval of yet another big merger would not be the most absurd thing in D.C. these days.