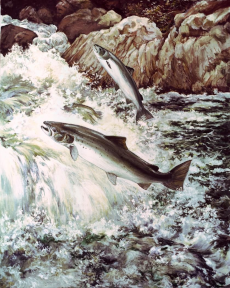 Faster cable upstreams are in field tests and ready to deploy widely within a year. Because there is little construction, a large cableco can be mostly upgraded in 2-3 years. The cost should be about $200/home, a very small fraction of the cost of running fiber.

Cablecos need to choose between dedicating 85 MHz or 204 MHz to the new upstream. 85 MHz provides 440 Mbps shared and 204 MHz provides 1.4 Gbps shared. Sharing works very well in cable. Either choice will generally support 100 Mbps upstream for almost all users most of the time.

CommScope CTO Tom Cloonan believes that the upstream improvement will, "Allow the operators to move very deep into the future without issue for a long time because that gives them a lot of extra bandwidth capacity for the upstream." The proponents of the new infrastructure plan agree. Some want to specify 100/100. Others believe government should subsidize up to 100/20. (Cable downstream across most of the US is already 900 Mbps down. That could be inexpensively doubled if customers demanded it.)

Vendors hope that DOCSIS 4.0 will become available in 2024-2026, about when any realistic infrastructure program from DC will hit its stride. Cable vendors have often been over-optimistic in the past, however.

Currently, just over 50 million homes have fiber. That will go up 5-8 million per year, with AT&T currently planning 4 million a year. Going to 100 million homes at 100+ upstream would require fewer than 50 million upgrades at $200/home.
The arithmetic is easy.
More at netpolicynews.com