All Rome To Be Fibered By Government Electric Company 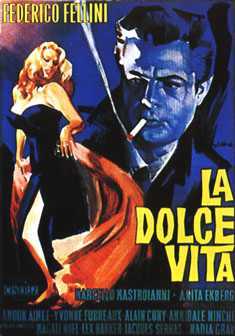 Publicly owned electric/water utility Acea and government-controlled Enel Open Fiber have apparently reached a deal to bring fiber to every home in Rome in the next few years. By using publicly owned facilities in place, they expect to keep the cost under $400/home.

That figure is about 80% less than Australia's NBN is spending, and probably 30-50% less than AT&T is spending as they fiber 3M homes/year. On the other hand, Telefonica tells me their cost to fiber a home in Spain is similar to $400.

Altice has promised fiber to everyone in their U.S. Cablevision territory. During their recent IPO, they indicated that would not require raising capex. Running the numbers, that also equates to only a few hundred dollars/home.

Bell Canada's CEO George Cope estimates "$1.5K-$2K per home (this includes cost to deploy fibre and to connect the home.)" Even with a discount for the Canadian dollar, that's over $1,000/home passed. Cope assumes a 50% take rate.

Most of Bell's fiber homes are urban and suburban, especially Toronto and soon Montreal and Ottawa. That's not much different from Cablevision around New York, so I'm not able to explain why the estimates differ so much.

The government stepped in after private companies failed to deliver most of Italy a decent Internet. For more than a decade, privately controlled Telecom Italia has promised but failed to bring Italy's Internet up to European standards. With no cable competition and a weak regulator, TI never delivered. Finally fed up, the Prime Minister told Italy's government-controlled Enel to help solve the problem.

Few Italians today can get download speeds over 50 megabits except for those who were fibered by Fastweb a decade ago. Many are limited to 3 megabit ADSL speeds. For several years, plans to upgrade to vectored VDSL have floundered as Ti and Fastweb have argued over sharing the lines.

Fastweb demanded the right to place their own vectored DSLAMs separately from the TI DSLAMs and found support from the regulator. Unfortunately, while Alcatel and Huawei both said they could deliver appropriate gear, neither has demonstrated that in the field.

Meanwhile, Fastweb is deploying unvectored VDSL, typically half the speed of vectored even with Italy's very short loops. THey are also deploying 35b, with claims of 200 megabits. Deutsche Telekom has said 35b won't be ready until the second half of 2018 and Fastweb has not shared any field data. 35b in 2017 works fine on single lines in the lab but is said to break when more than very few customers try to use it.

In 2015, Enel created Open Fiber, aided by funding from state financial institutions. Initial press comments were that Open Fiber would have only a limited role. That's obviously changed and press reports suggest they are planning an eventual IPO.

Almost half the broadband lines in the world are delivered by government-controlled networks, including the Chinese, French, Belgian, Vietnamese, Australian, Enel Open Fiber and MYTEL in Myanmar. Germany owns what should be a controlling stake but does not exercise their voting rights. That's a shame; millions of Germans join the millions of Italians with some of the worst broadband in Western Europe. Everyone, including BT & FT, has some very poorly served customers in extreme rural areas. Germany and Italy have widespread slow connections in areas most others cover decently.

Something over 3/4ths of the growth in fixed broadband is now from publicly-owned nets.