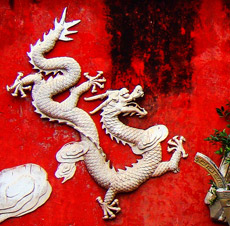 The three government-owned companies are all profitable and expanding aggressively. A minority of shares are held privately, but the government retains total control, routinely hiring and firing CEOs who haven't performed.

The Chinese telcos are very competent but have no secret way to bring down costs. Labor costs remain lower than European, but have gone up fourfold. The savings in labor costs cannot explain the success.

The primary driver was the government decision in 2011. To support Broadband China, the companies were told to convert to fiber. The government's goal was a patriotic move and all the managers saw themselves as patriots. They went all out to deliver and the results are clear.

Germany and the U.S. have set goals for broadband and the companies just laughed. They hire million dollar silver tongues who dissuade the government from action. The Big 3 - Comcast, AT&T, and Verizon - each spend over $100M a year buying influence.

Part of the way government in China gets things done is by forcing companies, including those state-owned, to compete. Managers know failing on profit goals will cost them their job. China Mobile and China Unicom have seen major management changes.

Strong facts make clear many policy assumptions are bogus. Personally, I prefer to solve problems with strong competition. But I can't deny the evidence.

Two/thirds of the new broadband connections in recent years are by government-owned companies, including Viettel and others. Some government outfits do badly: Australia;s NBN is ten billion over budget and spending two or three times what Verizon spends on the similar construction. India's BSNL is a disaster. But other public companies do well.

Five years ago, U.S. Ambassador Terry Kramer told a press conference that there were no examples of successful government broadband. He was wrong then and it would be laughable to say so today.

"Incentives," the Obama nudge policies, generally fail. The FCC claims 5% of the U.S. in 2017 lacks broadband, despite $7B in stimulus funding. The figure in 2010 was also 5%. (Lots of funny numbers here.)

The policy goal is investments in better networks; "Incentives" are a poor tool, not a goal.