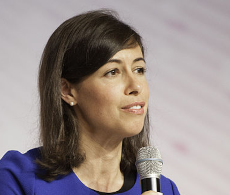 #3.2 billion if enough to support >8 million additional families if used wisely and > 2 million if the program is inefficient. By the third quarter, net broadband adds were plummeting. They are down significantly from 2020 and similar to the pre-pandemic figures. In other words, the impact of EBB on connecting more people is invisible in the data.

In fact, new broadband subscribers are so few that Comcast's stock plummetted 5% when CEO Dave Watson gave the latest estimate. There's no evidence in the numbers that EBB is having an effect.

Sunne Wright McPeak, chief executive of the California Emerging Technology Fund, said the bulk of the Californians who have signed up appear to be people who already had broadband through the internet service providers’ discount programs for low-income residents — not people with no access to the internet.

If the FCC actually shared data, I think we'd discover 90% of the funding is not going to the goals of the program. The LA Times and I both asked the FCC for data. Officially, it has none.

The buck stops at FCC Chair Jessica Rosenworcel, who made the "Homework Gap" her signature issue.

But Jon Healey of the LA Times reports "While the subsidies have been generous and widely available, they don’t appear to have brought many more people online."

Permanent Chair of the FCC can and must do better

companies like Verizon have been twisting it into an opportunity for an upsell.