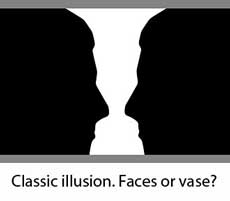 It works and is deployed in dozens of places, including British Telecom and AT&T. T reports typical speeds of 750 megabits, up and down combined. The highest speeds go less than 150 meters, which is fine for fiber to the basement. In 2018, 212 MHz chips will double that speed. Plans include 10M homes passed by BT and a million at nbn Australia.

AT&T and Deutsche Telekom are first doing G.fast from the basement for highest speeds. "Wireless to the rooftop" (WTTR) is attractive to others. BT has pioneered long reach to homes, getting speeds of 160 to 330 megabits 300 meters. nbn is running fiber to "distribution points" close to homes, expecting high performance. The small DSLAMs can go on poles or in pits.

Adtran, Calix, Huawei, Netcomm Wireless, Nokia, and ZTE are providing most of the DSLAMs. Adtran supplies AT&T and nbn, among others. Calix has over 60 deployments, many small. They are in trials with Deutsche Telekom as well. Huawei is a contender everywhere except Australia and the U.S., which have security concerns. Australian company Netcomm has large contracts from nbn, Nokia shares the BT contract with Huawei. ZTE has NetCologne and MNet in Munich as customers. All seem to offer reliable equipment. No vendor has convinced me they are far ahead of the others.

Technicolor, Xyzel, and Taiwan ODMs join the DSLAM vendors in offering modems. Interoperability between modems and DSLAMs from different vendors has been demonstrated at Broadband Forum events, although some problems remain.

16-24 ports was the maximum with early equipment. Huawei and I believe others are now shipping external vector units that raise that to 48 and 96 ports. Sckipio and Calix in late 2017 showed a 48 port DSLAM which can be linked with another for 96 ports.

Bonding works and has been demonstrated, but rarely commercially deployed.