Below, Tom's note, a picture of Tom and Massimo, and a picture of the Amati team that won the DSL Olympics 20 years ago. Above, Tom's SF novel, Virtual Vengeance, which is available from Amazon for less than $12.

Today, ATIS officially sunset the ATIS COAST-NAI committee after 30 years of service to the industry.   Of course, the DSL standards work continues in the ITU-T and Broadband Forum. 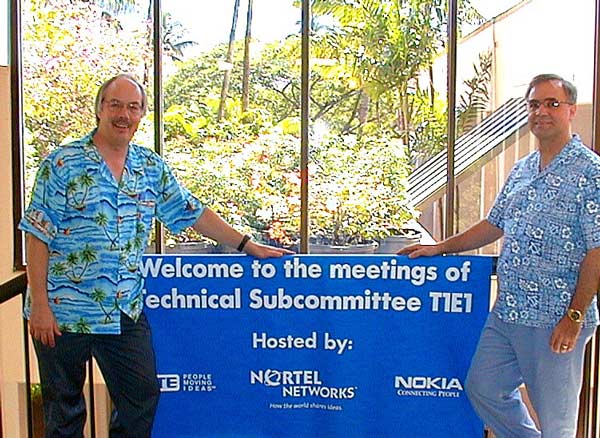 After thirty years of driving innovation and interoperability in the DSL industry, the ATIS COAST-NAI standards committee was shut down in December, 2014.  The committee’s name changed over the years from T1D1.3 to T1E1.4 and then COAST-NAI, with Larry Smith, Tom Starr, and Massimo Sorbara serving as its chairmen. It is best known for developing DSL standards ranging from ISDN, HDSL, ADSL, VDSL, and spectrum management for telephone cables, but its scope also included analog phone lines, T1-carrier, and DDS with a total of more than fifty technical standards and reports.  To better address the global nature of the telecommunications industry, the standards work has transitioned to the Broadband Forum and ITU-T.  DSL’s success in providing broadband access to more customers worldwide than any other wireline technology is largely due to the innovative and comprehensive technical specifications produced by the committee which provided vendors and service providers with the confidence to implement DSL technology.  The world’s foremost DSL experts gathered at COAST-NAI in a collaborative environment where the best ideas from all members were refined and incorporated into the widely adopted standards.  COAST-NAI was one of the best known and most productive committees in ATIS.

It has been an honor to serve as COAST-NAI Chair for most of the 30 years. 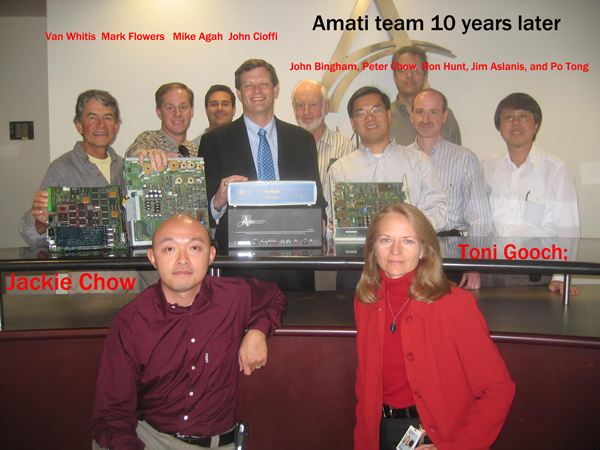