5G promotion is ubiquitous, with almost all tech pubs doing several raving articles each week. Most are bs. 5G just isn't good enough to have the claimed impact on industry and the economy.

According to official CAICT figures, below, 63.6 million 5G phones shipped in the first 6 months of 2020, as well as 10-15 million in 2019. (Update July 22: Review of 2019 figures suggest this number, from the telcos, may be inflated) Some are in dealer stock or transit, so the actual number of 5G users at the end of June is 65-70 million. Adding 17 million each month from July to December would take the year-end total to about 170M, three or four times more than the entire rest of the world.

All 5G in China today is mid-band, with typical download speeds of 100-500 Mbps. China Mobile has 160 MHz of mid-band spectrum. The joint network of China Telecom & China Unicom has 200 MHz. Western carriers, except for T-Mobile, have 100 MHz or less, hence lower speeds.

Background: Last June, Minister Miao Wei told the telcos to "accelerate" 5G. This is putting China so far ahead of the West it has already won the (almost meaningless) "race to 5G." It also has been a shot in the arm for Huawei, which increased sales the first six months by 13% despite the U.S. blockade.

The three telcos report "5G contracts" rather than actual users. The end of June figure is ~100 million. China Unicom does not report, so I have to estimate. 4G and 5G prices are the same and many people with 4G phones are put on "5G contracts." One commonly reported figure for 5G users got this wrong. 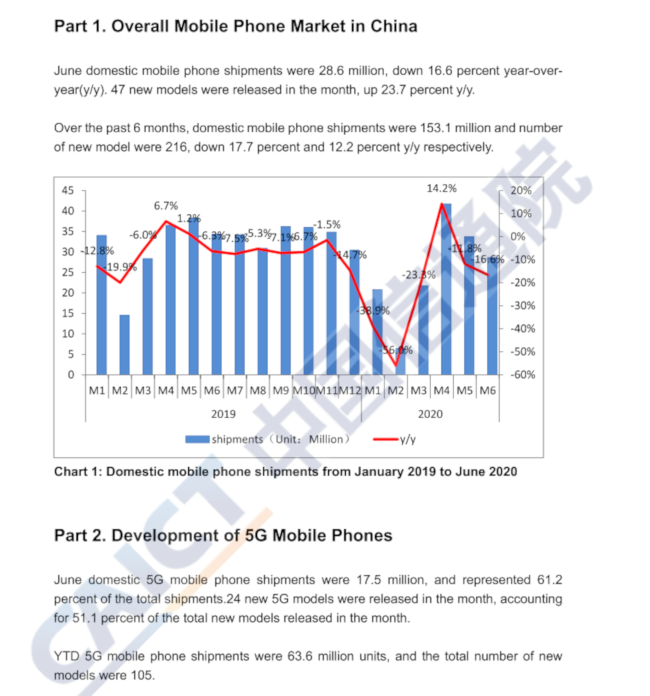