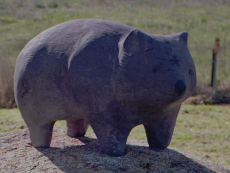 The Telstra test used 4 100 MHz millimeter wave carriers aggregated with 100 MHz mid-band spectrum to reach 986 Mbps uplink. Carrier aggregation for mmWave is just coming to the field and will enable even higher speeds in coming years. The test was on "Telstra's commercial Network" but the actual offering may be a year away.

Another World First - Highest uplink peak rate ever recorded on a commercial network... and so close to 1Gbps in the Uplink.. How time flies.. Our collaboration with Ericsson and Qualcomm has delivered a notable trifecta. In Oct 2016 on 4G we cracked the 1Gbps barrier, in Jan this year (2021) on 5G we set another downlink record of 5Gbps and now at the end of the same year on 5G uplink we achieved ~ 1Gbps... (986 Mbps !!!!!!!!!)

Ericsson, Telstra, and Qualcomm Technologies, Inc. have achieved the highest uplink peak rate ever recorded on a commercial network during a live demo in Queensland, Australia. Together, they reached an uplink data speed of close to 1Gbps, paving the way for more seamless experiences in use cases such as live video streaming and social media content sharing.

Delivering uplink peak rates of close to 1Gbps will enable Telstra to more than double the current uplink throughput in its 5G network. This is particularly important for supporting applications and services that involve uploading vast amounts of data.

Sibel Tombaz, Head of Product Line 5G RAN, Ericsson, says: “We continue to pursue new and innovative ways of enhancing the end-user impact of 5G. An uplink speed of close to 1Gbps using NR-DC and four-component carrier aggregation is the latest in a series of 5G milestones we have achieved in collaboration with Telstra and Qualcomm Technologies. This means users can enjoy vastly improved experiences from applications where quicker upload time makes a difference.”

Nikos Katinakis, Group Executive Networks & IT, Telstra, says: “We have a history of world firsts with Ericsson and Qualcomm Technologies. In 2016 we broke the 1Gbps barrier on 4G; in January this year, we set a new download record on 5G, and now we have set a new record in the uplink on a commercial 5G network. It is a testament to the continuous efforts of our team to innovate, and I take pride in how, together, we continue to push the boundaries of what this technology can deliver.”

Sunil Patil, Vice President, 5G Product Management, Qualcomm Technologies, Inc., says: “Qualcomm Technologies is pleased to collaborate with Ericsson and Telstra on this 5G dual connectivity and carrier aggregation milestone. By achieving the highest uplink peak rate ever recorded on a commercial network in Queensland, Australia, we’re underscoring our commitment to enabling differentiated 5G experiences across a variety of use cases beyond mobile. Together, we are realizing the full potential of 5G through new breakthroughs that will drive transformative benefits for consumers and enterprises alike.”

Ericsson, Telstra and Qualcomm Technologies achieved the first on a commercial network in Queensland, Australia with a theoretical maximum uplink speed of 986 Mbps, integrating four component 100MHz carriers of millimeter wave, combining with the 100MHz of 3.6GHz spectrum. NR-DC was implemented with n78 and n258.

The testing was conducted at Telstra’s 5G Innovation Centre (5GIC) using Telstra’s commercial network resulting in a throughput of roughly 1Gbps, more than doubling the current uplink speed on the market. The smartphone form-factor test device powered by Snapdragon X65 was used with Ericsson Radio System’s Baseband 6648 and AIR 6488 for mid-band, which has been widely deployed in Telstra’s network, and Baseband 6648 with the AIR 5322 for high-band.