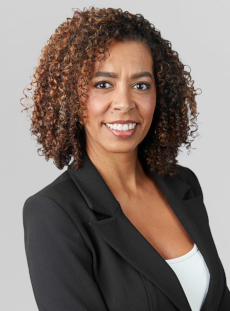 Ralph de la Vega, one of the very best executives I've met, brought the iPhone to America as the wireless CEO at AT&T. He came to America at 8 and worked his way through college as a janitor. He rose through the ranks at BellSouth and AT&T and retired as Vice-Chairman.

Ivan Seidenberg started as a lineman at Verizon and went to college at night. He rose to CEO and earned enough to donate a building to Pace, his college. Ivan also was one of the best. FiOS was the first large fiber network outside of Asia and Verizon was the first to a large 4G network in the world.

Bourne doesn't list any education on Linkedin and may not have gone to college. She proved herself with remarkable success on the job at Verizon. Realworld achievements are a better measure of what you can do than any classroom. Silicon Valley ultimately will pay a heavy price for not recognizing talent.

Facebook has more users in India than anywhere else. They have been heavy-handed, refusing to accept even reasonable government requests and pay ordinary taxes.  Mark has surrounded himself with people who have the life experience to see choices from a different point of view.

Her Linkedin has an interesting point of view

My career journey from mailroom associate to Senior Vice President embodies Mary Engelbreit’s advice: “Don’t look back; you’re not going that way.” With over 20 years of experience steering consumer sales and service strategies for a Fortune 20 telecommunications company, I combine a robust corporate track record with a dynamic personal story to inspire high-performing teams and develop the next generation of leaders.

An approachable and curious leader, my genuine interest in my colleagues and our industry enables me to gain valuable insight from employees, partners, and stakeholders. I’m an impactful communicator, collaborative partner and lifelong learner who tracks emerging trends and strives to understand my company’s and industry’s place in a constantly evolving landscape. I’m adept at directing large teams to achieve success on a national scale; I’m energized by the challenges and rewards of implementing transformative initiatives within a fast-paced, complex organization.

I’m passionate about propelling people and ideas forward, whether championing technological innovation or coaching women to ensure their professional advancement. I proudly represent women and African American communities in the male-dominated sales executive sector. I’m also a dedicated advocate of pay and gender equality, domestic violence prevention, STEM investment, and First Responder rights. I welcome opportunities to mentor women and enrich critical discussions with my professional wisdom and progressive thought leadership. I’m a proud Upstate New York native, have been married for 16 years and am a mother of two - my son is a Howard University graduate and my daughter is a current HU student. I’m a natural cultivator and I am learning to love gardening.

NEW YORK, N.Y. -  Today Verizon announced the appointment of Krista Bourne to the role of Verizon Consumer Group’s (VCG) Chief Operating Officer, effective January 1, 2022. She will drive Verizon’s market leadership in connected 5G experiences while continuing to transform VCG into a fully integrated technology company to capitalize on the next stage of growth. She will report to Manon Brouillette who was recently named incoming CEO of Verizon Consumer Group.

In the 20 years since Bourne started her career at Verizon as a mailroom assistant, she has held various positions of increasing responsibility in customer service and retail sales. In her most recent role as Senior Vice President & President of Consumer Sales and Operations, Bourne has been responsible for delivering all aspects of industry-leading wireless and wireline services through an omnichannel experience to more than 100 million customers nationwide.

“Few people can say they started in the mailroom and went on to lead one of the largest teams in the business, but Krista has done it all and has proved time and again why she is a tremendous asset and leader,” said Brouillette. “We have entered the most transformative time for our industry and need a leader who understands the ins and outs of our business. Krista has played an integral role in VCG’s transformation and helped steer the direction of our retail strategy so that we continue to deliver a world-class customer experience while accelerating toward a 5G future.”