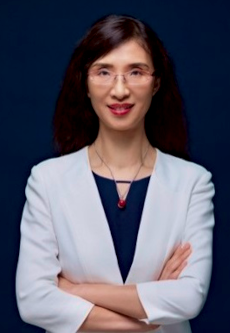 Opposition to deterministic networking guaranteed performance may be tilting at windows. I was one of the few to oppose it at the ITU 6G Focus Group, where Verizon and the European carriers gave the Chinese proposal strong support. The US government blocked it at the ITU Study Group 13, but IRL it has perhaps unstoppable momentum.

"New IP" has been dropped from the proposal, which now is limited to performance guarantees. That means the US government and allies are spreading misinformation that this is still a "New IP" proposal. Changing TCP/IP would invite far more problems than it would solve, I believe. It will be very expensive to implement across networks the near total control needed, and I see little demand for that except security agencies.

The Chinese are rapidly moving ahead. China Mobile is building a 5G deterministic industrial production network test bed. Manufacturers such as Huawei, ZTE, and Ericsson have joined.  The carriers dream of huge revenues from selling guaranteed cross-network QoS. The Europeans are tentatively planning to join the bandwagon when the results are more clear.

Performance assurance is a new ability to determine reliability. On the one hand, it matches the deterministic communication requirements of industrial production through technologies such as bounded delay, bounded jitter, and high-precision time synchronization.

They are sensibly emphasizing smaller, industrial-scale networks as the first application. Because China only has 4 primary carriers, it may be practical to extend the performance guarantees across the country.

It will be much harder for the dozens of networks in Europe to all conform. The European carriers like the idea and are allowing the Chinese to pioneer. Ericsson, their largest vendor, is working actively with the Chinese.

The international standards process is increasingly deferring to the Chinese. It has been vendor-dominated and nearly all vendors seek the Chinese market. China is currently 60% of world 5G, ~40% of world landline Internet, and ~20-25% of world mobile. That's too big a market for most vendors to ignore.

When China goes deterministic, still a few years away, most vendors will choose to support it.

The IETF has an active group on deterministic networking that has avoided mucking with TCP/IP.  It's led by János Farkas, Lou BergerJános Farkas, Lou Berger, John Scudder, David L. Black, and Ethan Grossman. You can find it at https://datatracker.ietf.org/group/detnet/about/ and join the mailing list at https://www.ietf.org/mailman/listinfo/detnet