Danger, Will Robinson! The Best on Wall Street Often Get It wrong 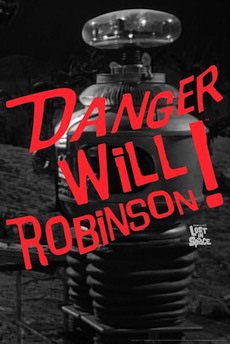 Charter fell 12% on April 27th, despite a buy rating from one of the very best on Wall Street. He had a sell on Sprint, which went up 8%. If the best in the business can be so wrong, should you be picking stocks? The average of all hedge funds many years does worse than the S & P. You literally would have done better with a flight of darts.

I'm leaving out the name because the guy really is good. Sooner or later it happens to everyone. This just happened to be particularly dramatic.

Knowledge is worth a great deal on Wall Street, I discovered, when I started DSL Prime in 1999. Several on the street made me their pet geek because I was in broadband, suddenly very hot. I got all the reports, could exchange ideas with almost everyone, and went to events where the waiters had better suits than I owned.

Despite all that information, my takes on how stocks would move were often wrong. What I look at may tell you how the company will do over a few years, but I can't tell you much about the next 90 days. The gentleman referenced above today made sensible arguments on why people are getting Charter wrong, but I wouldn't want to make a call about the stock in the next few weeks. (Been Down So Far It Looks Like Up to Me?)

If you're reading this, you probably do know more about the industry than many on Wall Street. For example, many on the street thought spectrum was a major problem until recently and were surprised to hear it's really a glut. The U.S. Broadband Planners could see that in 2010. Marty Cooper, who built the first cellphone, told D.C. in 2014, "We've never had a spectrum shortage and we never will." I just saw Marty and he's even more confident.

Adtran, Charter, Comcast, Iliad/Free, and AT&T. all all secure companies currently out of favor. The market is pricing Consolidated Communications, Frontier, and Windstream as though they might go broke, reflecting how are being clobbered by cable after years of dis0investing. (Capex below depreciation.)

The most dangerous is Bitcoin at 9400.  Blockchain is real, if perhaps overhyped. The use value of Bitcoin is at least an order of magnitude less than the current price, proppedup by true believers.