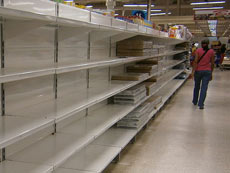 "The caution on the revenue side is an extension of what we struggled a little bit within Q2. But we don't see that challenge going away and we're going to make some additional investments in inventory to deal with it, but there is a worldwide shortage of components that run straight through our product sets. Especially those product sets that are more subscriber edge premises oriented."

Processor chips are generally not the issue, except those just coming into release. Lum describes passives

"Passive components are usually the LAST thing anyone within the electronics supply chain worries about. They are a commodity, widely available, and extremely low cost (depending on the specific product). The passive components typically include thin-film/thick-film resistors, multi-layer/wirewound inductors, and multi-layer ceramic chip capacitors (MLCC). The Rs, Ls, and Cs are basic building blocks of EVERY electrical system design in the world from base stations to mobile phones to a computer mouse or a Tesla car."

He points to a key part in Ericsson's remote radio heads.

"Recently two main suppliers of the general MLCC segment have decided to exit the market (due to low margins) and focus capacity on higher margin MLCCs for the automotive market (e.g. Tesla) while a third major supplier has cut their general MLCC capacity by 50%."

Additionally, the virus that shut down most of TSMC will cost the chip foundry about 3% of Q3 production. That includes the 7 nm lines for Apple's processor and the newest Qualcomm and Huawei chips for 5G.