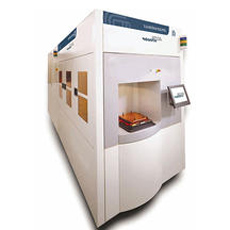 Gary Dickerson, CEO of Applied Materials, pointed out to investors they might assemble their equipment in Singapore to evade fallout from U.S. sanctions. China is the largest purchaser of chip gear today and has committed over US$100 billion to chipmaking. The world #1 foundry, TSMC, doesn't want to lose orders from Huawei, which buys about $5 billion each year. I'm sure it would prefer that Applied sells it Singapore gear. TSMC needs more flexibility to respond to whatever comes next from the U.S.

Dickerson is confident the U.S. rules will have "minimal impact on our business." His CFO, Dan Durn, added, "We think there's a path forward on this based on our discussions with the ecosystem where it doesn't impact our expectations around the business."

Sensible businessmen from Europe to California are finding ways to protect their businesses from current and possible future U.S. restrictions. 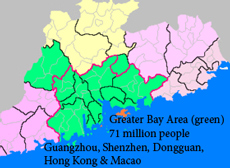 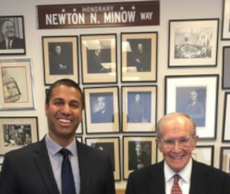 In 2020 and 2021, U.S. telecom will be driven by how fast T-Mobile builds and markets its "best in the Western World" 5G network. It now has a better network than Verizon in much of the U.S. It will offer 5G at over 100 Mbps to 80-85% of the U.S. in about three years. I believe much of that will be in the next 12 months. There's little practical advantage, of courage, of speeds over ~25 Mbps, but customers still want to buy.

That drives a stake into Verizon's business model, which was built a decade ago on premium prices justified by the better network. All the U.S. carriers have been hemorrhaging subs to T-Mobile because of lower prices. T-Mobile and AT&T came close to network parity with Verizon about three years ago and consumers are catching on. The $billion restoration in Verizon capex will not be enough to pull them ahead,

T-Mobile is committed to spending ~$10 billion a year in capex for three years. That's easily enough to reach 35-45,000 towers, over 80% of the population. Sprint's golden 5G 2.5 GHz spectrum is remarkably cheap to upgrade to 5G and over 100 Mbps.