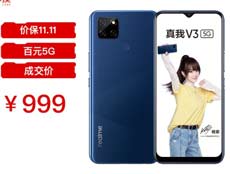 Enrique Blanco, Telefonica CTO, is telecom's strongest believer in fiber. His Brazilian operation has now passed 16 million homes, almost a quarter of the country. The goal is 24 million in a few years. Only 3 million have purchased so far, but fiber generally catches 40% of broadband after a few years.

From the financial call:

FTTH revenues were up 56% year-over-year, while IPTV was up 26.9% resulting in a combined growth of 47.3%. Analyst Carlos Sequeira noted, "The FTTH operation is growing super fast. Net additions are impressive. So everything is going super well." He went on to ask if Vivo could even speed up the construction.

This is part of a worldwide trend of adding fiber. In the US, Frontier is building again and talks of 3 million as it exits bankruptcy. BT is passing ~2M homes/year, up from almost nothing three years ago. Orange has just announced it's "accelerating fiber." It has 22 million connections available, most shared with Free. That's over 60% of the country.

Two years ago, almost no one expected this kind of growth. I didn't.

In six weeks, wireless could reach 30%-60% of students without a connection 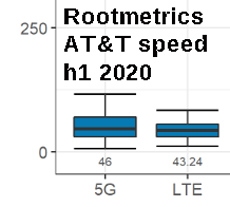 The U.S. wireless networks could provide a decent Internet connection - 25 to 75+ Mbps - to tens of millions in weeks. The networks have enough spare capacity, even though Verizon and AT&T have been cutting investment for several years.

The obstacles are cowardice and ignorance in Washington. Buying millions of lines, the government should be paying a wholesale price of $8-15 per month per connection. Of course the companies would rather be paid a retail rate of $30-50 per month, and some in DC don't realize the actual costs or are afraid to take on the telcos.

Telecom is a high fixed cost, low variable cost industry. Verizon and T-Mobile have built a network to ~97% of the population. Once the network is built, the marginal cost of adding a subscriber is $3-7 per month. That's why companies compete to sell Lifeline service at $10/month. (Cable economics are similar, which is why Comcast can sell a $10 offering to the poor.)

20 million homes added at $15/month for 10 months of school is $600 million. That's about 7% of the Universal Service Fund. I believe there is also money allocated to connecting students in the CARES stimulus.

AT&T will "phase out outdated services like DSL and new orders for the service will no longer be supported after October 1." Thanks to Rob Pegoraro for including me in his story. AT&T will continue offering the DSL from their field terminals, calling it fiber to the node. It's the central office connections that are being closed, most under 6 Mbps.

DSL is now often delivering a gigabit with G.fast. Adtran is actually seeing an uptick in G.fast in Germany, served from fiber to the basement. G.mgfast is still moving in standards, for 3 and 6 Gbps. But the faster DSL requires a terminal in the field, normally backhauled by fiber. That cost money the telcos didn't feel like spending.

Verizon and AT&T, around 2011, “basically gave up on fighting cable over a third of its territory,” I told Rob. Both decided they ultimately saved money with a single, wireless network. They continued to milk the territories for whatever they could get, and hemorrhaged subscribers to cable. Bruce Kushnick discovered that both companies are now down to under 700,000 pure DSL customers, losing more every quarter.

I estimated that DSL remains the only landline choice for 3 to 6% of the U.S. LTE is now routinely 50-125 Mbps. Elon Musk is launching hundreds of low orbit satellites with DSL like latencies. There's little need for slow DSL.

Cable is the best choice for the 2/3rds of the US where the telcos haven't built fiber home.

John Cioffi pretty much invented DSL and has spent most of the last 30 years making your connections better. ASSIA developed CloudCheck, which delivered optimum Wi-Fi experience. It announced this week EQUIPE, which manages employees' WI-Fi and connection reliability.

John writes me:
The work-from-home trend brings significant challenges to residential connectivity and remote collaboration of business teams. SMB and enterprise companies don’t have the same visibility or control over their remote employees' quality of internet connectivity. To help maintain business continuity and work productivity in this new remote-working era, ASSIA invented new ways to measure, monitor, and optimize internet connectivity that targets remote teams’ internet-connection-related productivity.
Equipe also is an opportunity for IT services to expand to the WFH employees, diagnostics, improve productivity, etc.
One feature that I strongly believe in is the additional connection to 4G wireless. Equipe uses the wireless to provide a better experience when the primary connection is not adequate. The cost of a wireless connection is so low it almost always is a good idea, if only as insurance against downtime.
Important conflict of interest note: I'm on the ASSIA Advisory Board.

The Realme V3 5G  has a 6.5-inch screen, three rear cameras, and a 5,000 mAh battery. The Mediatek Dimensity 720 is similar to the popular Qualcomm 765 in Antutu testing. It should be fine for most practical purposes, although the main camera has only 13 megapixels.

CEO Xu Qi expects to sell 50 million phones this year and soon reach 100 million. Realme, Oppo, Vivo & OnePlus are brands of BBK. Added together, in some quarters they are #2 in worldwide phone sales. They spend $billions on research.

Put one radio high enough to provide line of sight and use directional antennas and of course mmWave can go a distance. It requires the perfect topography, although a radio on top of a high tower may have some practical use.

In the next few months, Verizon and others will be demonstrating new antennas that may solve the catastrophe that was early mmWave. Verizon in 2017 thought it would get 600-1000 meters of reach. In practice, it was often less than 200 meters. Verizon stopped taking orders although the publicity never stopped.

Many people continue to propagate the incorrect myth that mmwave is severely limited in distance. This is not accurate. The fact is that the distances at mmwave will only be limited by rain and fog, not by the nature of mmwave. This is because the "lossiness" of mmwave, compared to lower frequencies, only occurs in the first meter of propagating distance, but this "higher loss" is canceled out by keeping the antennas the same physical size at all frequencies.