Deutsche Telekom wants to take over Orange/FT to become even bigger. Iain Morris reports, "Europe desperately needs telco giants." Actually, DT is already a giant and captures almost all the economies of sale. Like most CEOs, Timotheus Höttges wants a bigger empire. His policy and pr budget is enough to guarantee many echo his call. Does the world, and especially the Internet, need more behemoths?

When I look at which companies are actually succeeding and investing, medium-sized often telcos do better than giants. The three Koreans, a fraction of the size of Deutsche Telecom, are the world leaders in 5G. Little Switzerland is the European leader in 5G, with relatively small Sunrise already connecting 350 small towns and villages. In the US, the largest 5G offering as I write is from #4 Sprint, although the larger companies will soon come in.

In fiber, Orange and Telefonica Spain are far ahead of the US giants, Verizon and AT&T. The best fiber network in the US is being built in Northern California by Sonic, where a symmetrical gigabit sells for about $50/month.

In the fight for customers, #3 T-Mobile USA has been clobbering AT&T & Verizon for years. In Korean 5G, LG Uplus, the smallest, is gaining market share.

In finances, giant China Mobile is suffering, while relatively small Telstra is one of the most profitable. 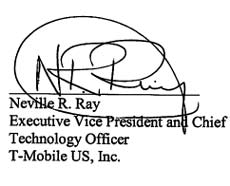 AT&T's 4G network averaged 70 Mbps in May of 2019 and T-Mobile slightly over 50 Mbps. (PC Mag, picture below) It's usually higher now, especially where equipment was upgraded for 5G.) On 4G, PCMag actually tested live service in Manhattan at over 500 Mbps. (Using advanced LTE & LAA.)

25 Mbps average for 5G must be impossible, right. WTF?

What every wireless engineer knows is that low-band 5G is really 4G with some software, 5G NR. 5G NR does almost nothing for performance. 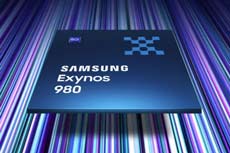 Samsung is now selling the 5G 980 chip to Vivo, the Chinese giant. This means Samsung is now challenging Qualcomm for 5G chip orders rather than only supplying their own phones. The competition will continue to drive 5G phone prices down. By summer, expect $300 phones. By the end of 2020, 5G phones may be as low as $200.

Prices will go down to US$300 by June or July and ~$200 by the end of the year. Wang Hengjiang also predictedthe scale of the second half of the year will be scaled up. By Q1, there will be several 5G chips available. In the second quarter, less expensive chips should hit the market, allowing the summer drop in phone prices.

These plans are far ahead of anything in the West, but the Chinese carriers have shown they can produce remarkable results.

"It works" Greg Sherill of Verizon confirmed. Verizon has installed thousands of systems five years after first proposing NG-PON2. "The traffic seems to be just fine. What's in the field is working." Video below

NG-PON2 is designed to work with 4 different frequencies, each of 10 gigabits. A customer can be switched from one frequency to another in 25 milliseconds, suffering no observable downtime. "We're able to do maintenance and whatever else we need to do and the customers are happy with the service."
Bonding the 4 channels, "is working in the lab we see no reason why it won't work once it gets to the field." (Release below the video.) Sherril's presentation http://bit.ly/32pUxGQ has more details on the network setup. I'm asking the question at the beginning. Video from Broadband Forum BASE event in Las Vegas, October 26. Thanks to Bernd Hesse and Dale Legaspi. I ask the question at the beginning. Video by Jennie Bourne of Bourne Digital.
http://bit.ly/BourneD

Hesse, founder of the NG-PON2 Forum, Broadband Forum Board of Directors Member, BASe Chairman and Senior Director of Standards Marketing and Thought Leadership for Calix, sat down at Calix ConneXions with us and provided a look from the beginning of NG-PON2 to the future. Video below

Vince O'Byrne of Verizon drove the project forward starting in 2014. Verizon had decided that 10 gigs would not be enough for their millimeter wave 5G. Tunable lasers, the key technology, were very expensive but the price was falling.

NG-PON2 uses four frequencies, (wavelengths, lambdas) each with 10 gigabits. Combining them yields 40 gigabits as transmitted, 36 gigabits net. 40 gigabits from the bonded wavelengths is still in the lab and soon will reach the field.

Going forward, using more wavelengths and higher speeds on each will yield 80 to 100 gigabits. Currently, standards groups are considering 8 wavelengths of 25 gigabits each. Research provides a  clear path to much higher speeds.

10M 5G subs in China in October changes everything

Nearly every 5G strategy in the world is being reconsidered after 10M Chinese signed up in a few days early in October. Huawei has been selling thousands per minute. 3.7M Koreans have also purchased 5G phones, with 5M expected yearend.

5G now has an excellent use case: people want to buy. My working figure for 2020 is 210 million 5G phones, but I need a month or two more data for any confidence.

See my new Analysis Branch.com for how China is doing it. 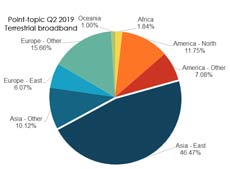