20 million fixed wireless in the U.S.

There now can be no doubt that fixed wireless, mostly 5G, will be a viable business in the right locations. Today's wireless has enormous capacity, enough to supply the broadband needs of a significant population. It's better than most DSL and a workable alternative to cable in many locations. Traffic demand is falling, with Cisco predicting the U.S. will fall to 31% growth in 2021.

John Legere of T-Mobile committed to 9.5 million in-home broadband subs by 2024 in order to get FCC approval of the Sprint takeover. Brett Feldman of Goldman Sachs estimated Verizon will have 8 million by 2023. AT&T CEO says they expect a fixed market to grow in a few years. Wireless ISPs already have over a million.  Starry and others are growing, In five years, at least a fifth of the 120 million U.S. homes will be connected wirelessly. 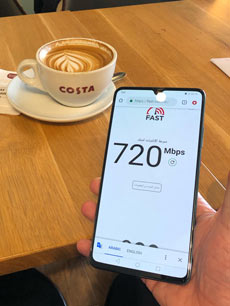 Using 200 MHz of mid-band spectrum would allow Ooredoo Qatar to offer higher speeds than almost all Europeans. No one in Europe is firmly committed to millimetre wave*, so Ooredoo will likely pull far ahead. The mmWave spectrum will bring Oreedoo speeds into the very top tier alongside Verizon.

The initial results are promising. Her colleague Rob Joyce tested 720 Mbps on a Mate 20 at Costa Coffee, one of the highest indoor results for 5G. (Pictured left.) I don't have much data on indoor mid-band speeds, but mmWave is clobbered by many walls and windows.

The competition around the Gulf is becoming fierce, with Zain, Etisalat, and Saudi Telecom also building 5G. 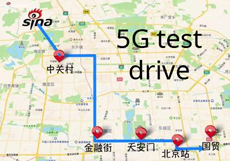 Wenzi Long and Qu Ruihao of Sina.com drove 30 kilometres through the heart of Beijing, often finding signals from the 5,000 5G base stations already installed. They only tested outdoors. On an empty network, 50 metres from the cell, downloads were 1112 Mbps. At 500 metres, the speed went down to 210 Mbps.

They note, "In the densely populated buildings and thicker walls, the 5G signal is unstable and the speed is unstable."  With ~80% of connections indoors, that brings down the average speed. In Korea, the average download speed is less than 200 Mbps

The most interesting thing in the article is ping times to Speedtest.net as low as 13 ms. Milan Milankovich at Ookla told me it has seen other very low readings from China. Given the air latency of 5G today is 8-12 ms, that implies a remarkable backhaul and transit network.

I didn't know China has started building their remarkable Edge network, which will connect over a billion people.

As prices come down, I predict 5G is going to explode. ZTE has just brought a quality 5G phone down to US$700. The ZTE Axon 10 Pro 5G uses Qualcomm's Snapdragon 855 top of the line chip. It has a 6.47-inch AMOLED display and a 4000mAh battery. The main camera is 48-megapixels, supported by an ultra-wide 20-megapixel lens and an 8-megapixel telephoto.

One reason Korea has 1.5 million 5G users is that competing carriers offering rebates have brought effective prices down to US$600-700. Next year, China Mobile expects prices to fall to $300 and I expect demand to accelerate. (I'm watching for parts shortages but so none have appeared.)

Meanwhile, Americans and Koreans are buying 5G phones even where there is no 5G. Who wants a 4G phone likely to be obsolete in a year or two?

China Mobile identified energy efficiency as a major problem for 5G. Massive MIMO - 4G or 5G - is a major energy saver. The MMIMO advances are not quite enough to keep up with expanding usage but important.

Of course, each cell carries three to ten times as much data so energy and cost per bit are much lower. The 5G standard aims for a 90% reduction of energy per bit, although I don't believe that has been achieved outside the laboratory.

With an infinite number of antennas and other requirements rarely met in the field, interference can be reduced to very little. 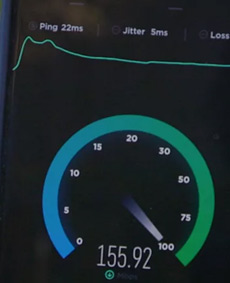