The 5G word from the companies, verbatim. Swisscom, Telstra, BT 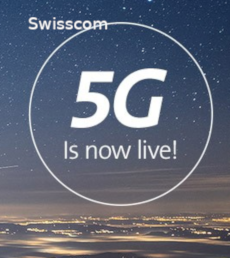 At midnight last night, Swisscom activated the very first 5G network in Switzerland. By the end of the year, Swisscom's 5G network will cover the whole of Switzerland. On 10 April, Swisscom presented the first 5G-enabled devices that will come onto the market over the coming months.

Verizon only covers small parts of two cities with 5G, far under 1% of the population. The massive promotion has convinced many they are an early leader. They refuse to provide coverage maps or data. The three Koreans, Swisscom and probably Sprint have the only extensive coverage. So I'm sending a simple set of questions to all who announce deployments. Update 5/28 BT also pulled ahead of Verizon & AT&T, covering 8% of towers, about 1,000.

About how many people can buy your service? About how many cells are working?  Can you estimate for 6 months from now and for three or four years from now? Do you offer a coverage map?

The three Koreans - SK, KT, LG - prove extensive coverage. Each covers about half the country with a year-end target of 90%, using a total of over 60,000 cells..

India is well along with the first large public use of blockchain in the world. The three giant telcos - Bharti, Jio, and Vodafone -are cooperating to build a system designed to cover more than a billion phone users.

TRAI had ordered the companies to solve the spam problem.

This is based on reporting by Danish Khan at Economic Times. Worth a click for more information.

5G UNISOC intends to be a player

UNISOC/Spreadtrum will ship a 5G modem and full system on chip by late this year or early 2020. It announced the "5G technology platform" MAKALU and the IVY510 modem in February. It now has chips in test.

UNISOC has nearly unlimited backing from the government and Tsinghua Unigroup. 3,000+ engineers are led by Stephen Chu and other experienced managers. They intend to become a major international chip company. For several years, the then-named Spreadtrum cooperated closely with Intel on LTE and other chips. They now are on their own, hoping for an IPO in 2020.

In Spain, Italy, Switzerland, and England, a quality 5G phone is for sale this week at about US$400 less than the others. The Xiaomi Mix 3 5G uses the same Qualcomm 855 and modem as most others do except Huawei. It features a 6.39 inch full screen with a camera that slides out. The screen is an OLED with 2340x1080 pixels. It benchmarks well against other top of the line phones. The main difference in the much more expensive phones is better cameras.

Huawei's Mate 20 5G should have a similar price when it goes on sale after the U.S. delay.

It's early, with minuscule deployments except in Korea, China, and the U.S. (next month.) Nothing's proven, but these conclusions look likely.

Orders. With the approval of the Politburo, Minister Miao Wei directed the three telcos to build 5G at a ferocious rate. 100,000-200,000 cells in 2019; millions soon after. 25 ms Edge Network to 90%. Political power like that has an obvious downside.

In a few months, China will have more 5G sites than the entire western world.  "Michael Gao Wenhao of ZTE told China Daily that by Oct 1, China Mobile, China Unicom and China Telecom will each deploy 30,000 to 50,000 base stations in some 40 cities." Alex Cheng of China Mobile confirmed the story.

From other sources, I know that China will very rapidly go first to 1,000,000 bases and after that to 2,000,000. 90%+ of the country will soon be covered. The Politburo has decided that a great Internet will help the economy. Minister Miao Wei told the companies to do it.

No one should be surprised by the size of the rollout. In January, I reported the Nomura estimate that China will have 172,000 sites in 2019.

BT told reporters they yanked the Huawei Mate 20 from the announcement because of the U.S. war. It forgot to take Huawei out of the press release. I discovered what you see at left when I pasted in for this article. (type made larger)I'm sure someone in the Chinese embassy is already talking to the government - if they can figure out who's running the British government as May considers how to resign.

The deployment is almost surely small. I draw that conclusion from the failure of BT to release availability maps or the number of homes passed/radios installed. The only interesting news is that the pr says BT will start URLLC in 2023.